1 – Title: Paulo Freire (1921-2021): 100 years of history and hope   2 – Guest editorial board:PhD Lucimara Cristina de Paula (UEPG) and PhD Érico Ribas Machado (UEPG)   3 – Submission due date: until August 10, 2020.   4 – Publication Schedule: volume 16, year 2021 (continuous publication)   5 – Types of papers expected:- Unpublished papers that meet the theme of the dossier.- Book reviews on the subject of the dossier, published in the last five years.   6 - Relevant topics:- Freire: life history and scientific production.- Paulo Freire’s production and the current Brazilian historical context.- Paulo Freire’s legacy for schooling and non-schooling education.- Contributions of Freire’s thinking to studies on media and education.- The importance of Freire’s pedagogy for cultural studies, studies on gender and on ethnic-racial relations.- Freire in the international context.   7 - JustificationWhy praise Paulo Freire’s centenary of birth, instigating debates about his life and his work, reviving his historic journey of resistance and hope towards a pedagogy of the oppressed?Why insist on disseminating his thinking and his work as timeless and universal milestones of loving struggle against everything that dehumanizes and objectifies men and women at different times and in different ways? Because Paulo Freire is reborn with greater force in each historical moment in which the means of propagating violence, manipulation, authoritarianism, arbitrariness, repression of freedom and different forms of existence in the world, intolerance, disrespect, advance and harden, hatred between people, groups and social classes. Freire’s voice and writings grow and are rescued each time people speak up and march towards being more, defending their rights as citizens and human beings worthy of respect and of a better life for all, in several aspects. In this sense, the principles and actions linked to their trajectory reappear when we are violated as people, as male and female workers, in an exceptional social and political context that overwhelms us in all dimensions. In addition to this scenario, Paulo Freire’s disqualification by government representatives, ignoring his legacy as a Brazilian intellectual and Patron of Brazilian Education, internationally recognized, brings the urgent need for investment in scientific productions that show the scope and depth of his theory, in different areas of knowledge, clarifying misunderstandings, injustices and slander in relation to their scientific production. Paulo Freire is reborn, therefore, through this dossier that proposes the fight against historical setbacks that wish to annihilate the construction of a less violent, less unjust, less disrespectful, less inhuman and unequal society. We invite everyone who believes in this rebirth to share with us their research and work based on Paulo Freire, always reviving the will and the struggle to transform the world!   8 – Contact: praxiseducativa@uepg.br   9 - Papers or reviews must be submitted in the journal’s systemhttps://www.revistas2.uepg.br/…/praxisedu…/about/submissionsThe guidelines for authors can be found on the journal’s websitehttps://www.revistas2.uepg.br/…/praxisedu…/about/submissions Saiba mais Saiba mais sobre Call for papers – Dossier 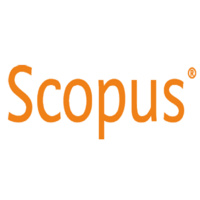